If you follow the Weekly Vector Inspiration here at Vectips or are a fan of vector art in general, you most likely have came across one of Charlene Chua’s pieces. Charlene Chua is an amazing illustrator with a range of styles. Charlene has been kind enough to do an interview with Vectips. Read on to learn more about her Illustrator experience and industry insights.

Charlene Chua (also known as Sygnin) is a Toronto based illustrator and a digital artist. Chua has worked as a graphic designer, a web producer, and an interactive project manager before becoming full-time illustrator . Chua has worked with clients from North America, Europe, Singapore and Australia on a wide variety of illustration projects. Her work has appeared in the Society of Illustrators of Los Angeles‘ Illustration West 43 and 45, and Ballistic Publishing’s Exotique 4, as well as several other art books. She illustrated the children’s picture book ‘Julie Black Belt‘ for Immedium Publishing, and the short story ‘Eidolon’ for Image comic’s Liquid City anthology.

Charlene Chua Around the Web

Hey Charlene, thanks for taking the time to provide Vectips with an Interview! To start, Could you tell us about your design and illustrating background and what made you become a designer and illustrator?

Hi Ryan! Sure, well I always liked drawing and I thought about being an illustrator when I was in my teens. So I enrolled in a Visual Communications program at a college (there were no schools in my country that had a full illustration program). After about a year and a half I really felt like I didn’t like the course and I dropped out. I then got a job at a small company that did CD-ROMs and websites. I taught myself Flash and Dreamweaver, and this allowed me to get subsequently employed as a web producer and web project manager. The management thing paid well but bored me to tears, so I went back to being a designer and tried to do freelance illustration jobs on the side. Eventually I got enough jobs that I felt confident in leaving my office job and pursuing illustration as a full-time career. What is your favorite and least favorite thing about the design and illustrating industry?

The greatest part of being in the creative industry is well, you get paid to be creative, and to create stuff. Of course you can be creative at other things as well. But I guess I enjoy creating pictures and graphic designs so for me it’s great that I can make a living while doing something I enjoy.

My least favorite part… I sometimes feel like most of the creative industry’s output is superficial and it gets blanked out by society. Perhaps sometimes I feel guilty that I’m not doing more to save the world or something. So that’s one of the least favorite things. That, and indecisive clients. That’s just pure headache. 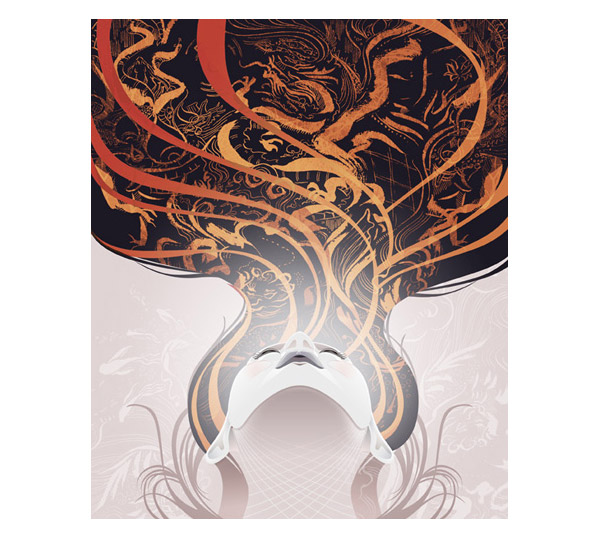 I have considered creating illustrations for stock, but I’m rather skeptical about the idea of stock in general. I love visiting low-cost stock websites; I use them myself to buy cheap photos and textures. I can see the benefit of these sites for photographers, because photos are so cheap these days. With a single setup, you could take hundreds of pictures, sell the main image to a client, then put up all the rejects onto a stock site for a little extra money. Illustration though requires the illustrator to sit down and create the artwork, which is often highly customized for the particular job. In most cases it is difficult or impossible to easily generate lots of variations the way you can with photos. Also, some sites don’t actually pay you until you’ve made a certain minimum amount of sales, so you may never see a cent of profit even if some people did buy your work. There are other issues like copyrights and usage rights tied up with it too. I get a bit frazzled when I see good illustration for sale for $5 – that’s just stupid to me, and it drags down the entire industry by suggesting that art is cheap.

That said, there are some other stock sites that I have considered. These sites sell the work the ‘old fashion’ way – by pricing according to the rights purchased. The amounts vary from the low hundreds to a few thousand depending on the rights assigned, which is fair compensation based on market rates for original commissions. I think that this is the only way to sell illustration stock at the moment whereby the illustrator actually stands to gain at the end. 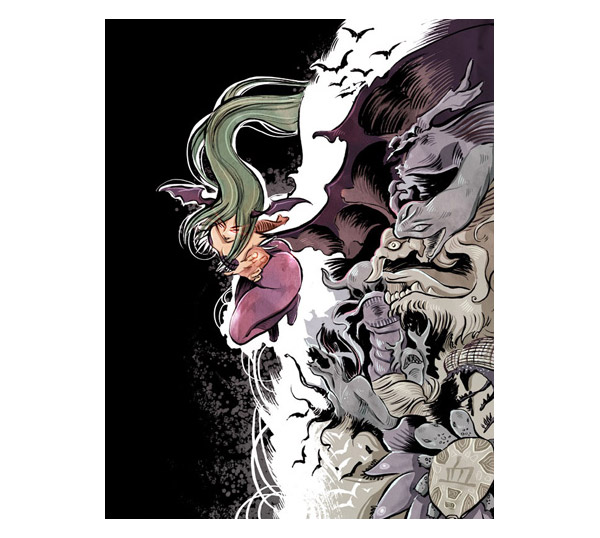 I have a page on my website called ‘How I Work’ which goes through my typical work process. It’s nothing special really. I work digitally so I don’t have to mix up any magical concoctions to do my work! 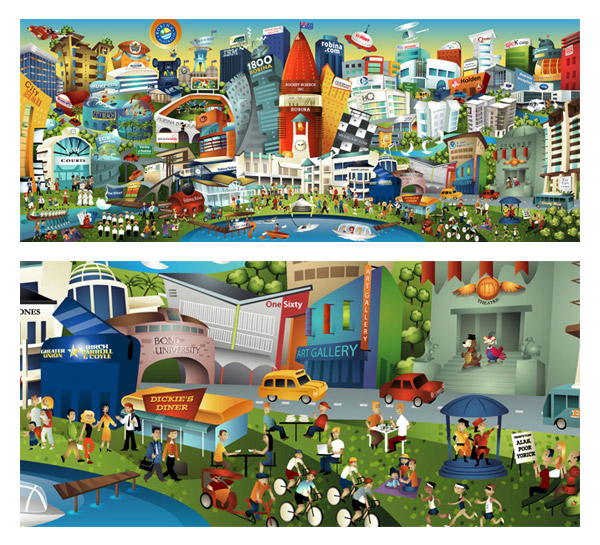 Why did you choose Illustrator and vector art as a medium?

I started out with Freehand actually. At the time it seemed like it was a popular choice, and I found it easier to work with than Photoshop. I was, am, and probably always will be a bad painter, so traditional mediums were out of the question. I did like playing with the airbrush way back when, although it bugged me that it was terribly hard (for me) to do flat colors and smooth gradients. Freehand seemed to magically solve my airbrush problems that way. Eventually I switched over to Illustrator and carried on with it. These days though I’m mixing it up more with Photoshop, and developing another style that is non-vector based. 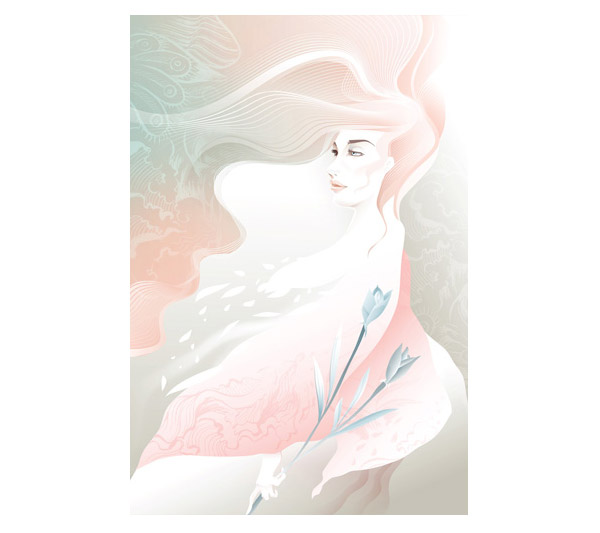 Probably the Pen tool. Why? Because I use it for 90% of my work! I hardly use brushes, sometimes I use the pencil tool for looser shapes. 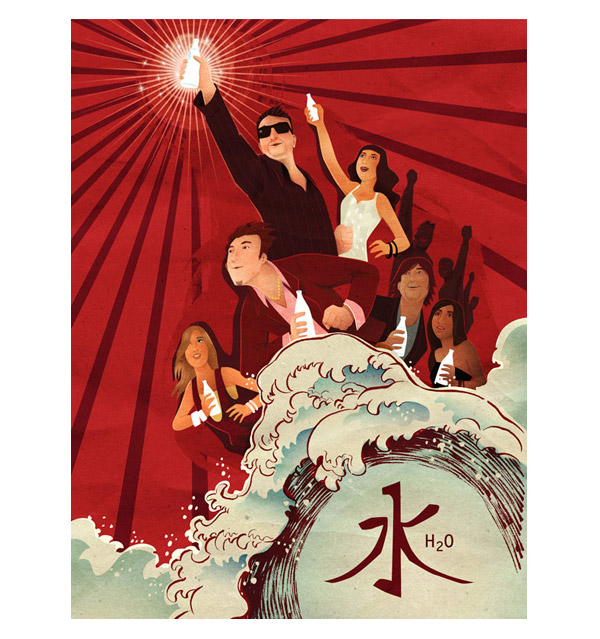 Changing layers to Multiply so they can fade to transparent. Though I guess that’s redundant with CS4. 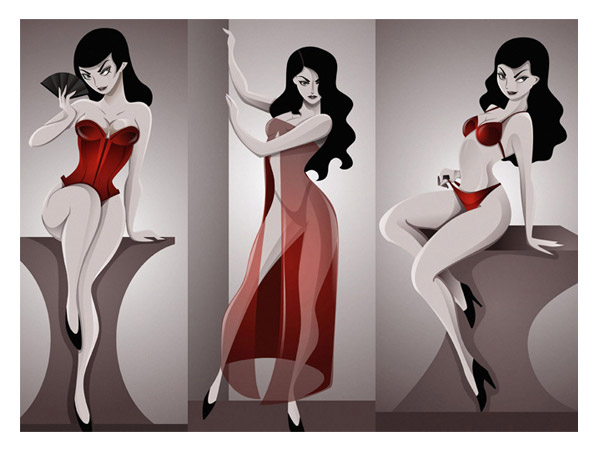 Have you upgraded to CS4? If you have upgraded, what is your favorite feature? If not, why haven’t you upgraded.

Uh, yes and no. I bought the CS4 upgrade and I have it running on my laptop. However, I haven’t upgraded my main workstation yet. I do want to but honestly it’s a bitch – you have to spend a few days getting used to the interface, and then stupid compatibility issues sometimes crop up. I figured that since Windows 7 is coming I might wait till that gets stabilized then I’ll soup up the rig more and upgrade while I’m at it. Yes, I use a PC (I hate the term… PC is personal computer, aren’t Macs personal computers?). While I am no fan of Microsoft, I find that one can work with ease on Windows most of the time. I’ve worked with both Macs and Windows PCs and they both have flaws and good points.

As for features, I haven’t played around with CS4 on the laptop much, so I really can’t say. I’ve heard the new gradient features are good. 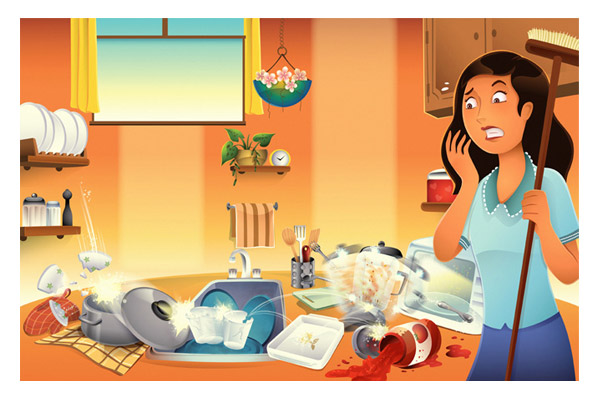 What aspects of your designs and illustrations reflect parts of your personality?

Hm, that’s a new one. I’m not sure; it’s probably easier to look at someone else’s work and infer a personality trait of theirs in the work. It’s much harder with your own work. The only thing I can think of is that most of my vector pieces are possibly more complicated than they could be, although the final result doesn’t look too complex. I guess that’s somewhat like me? I think? 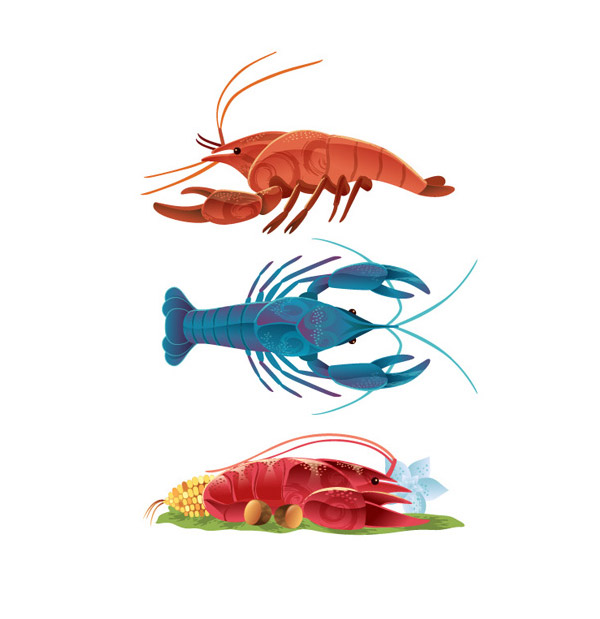 You do many wonderful children illustrations, provocative pinups illustrations as Sygnin, and abstract illustrations. Is there a particular style you prefer over another?

I am quite enjoying my non-vector work at the moment, to be honest. Perhaps it’s just boredom settling in after having worked with it for so many years. I like the look of the ink pieces and it seems to be getting a positive response. With vector I am currently trying to grow the style, mature it, and combine it with other elements to make it more interesting. I still enjoy drawing pinup girls and children illustrations, but I guess I’ve done quite a bit of that so it’s always nice to chase something new. 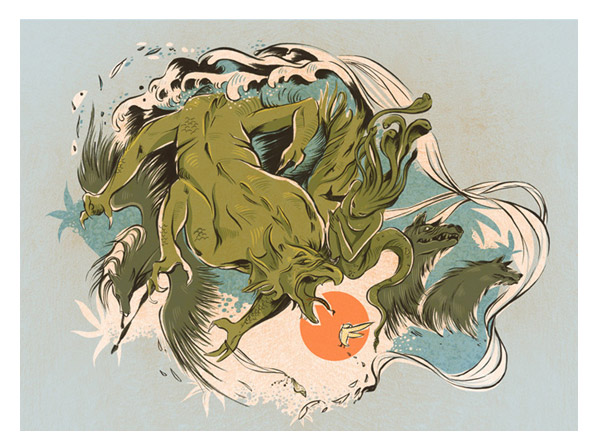 What is your dream Illustration project?

Oooo that’s hard….. ok, if I only get to choose one, then it would be to do a series of illustrations for Playboy magazine. Playboy has the perfect mix of high and low brow, crassness and culture, smut and sophistication. Many fantastic illustrators have worked with them, so yeah that ought to satiate my ego for a while if I ever get a project for the magazine! 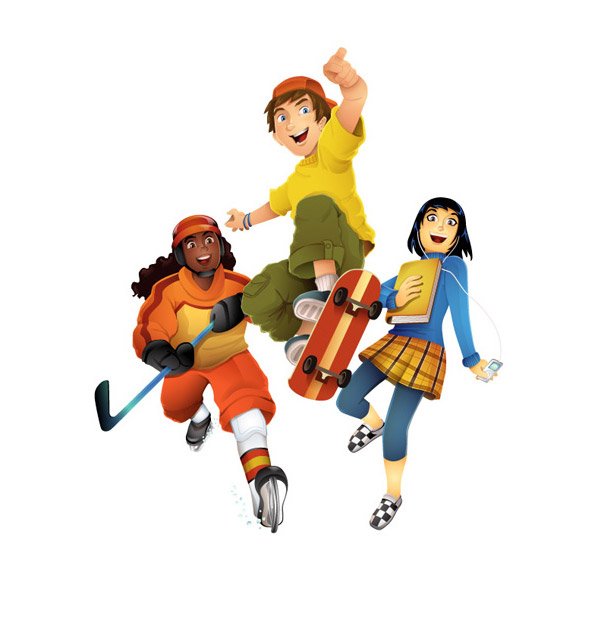 What are your favorite sources of inspiration?

Strangely enough, I’ve been rather fond of plants of late. They make me feel happy and calmer and I come up with better stuff when I doodle plants, so I figure that qualifies them as a muse. I watch my husband play a lot of video games too so I presume those feed me with ideas for my own work too. 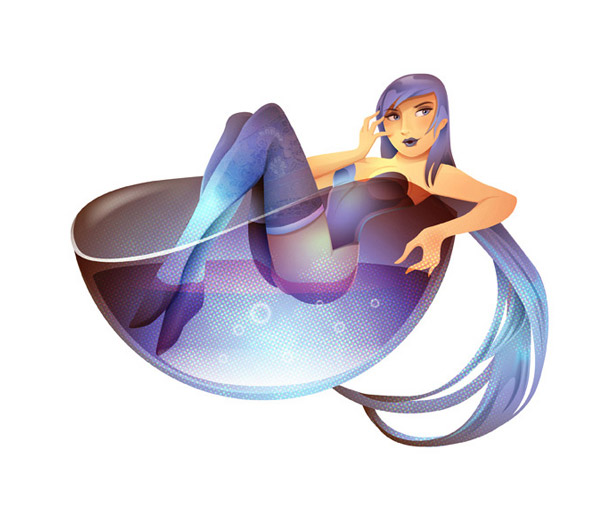 Thanks again for the interview! Is there advice any that you could give for aspiring and professional illustrators and designer?

Thanks, it was fun! My usual advice for aspiring illustrators is rather mundane – have cash to spare! It can take a fair bit of time for your illustration career to grow enough for you to live off. Quite a few illustrators also work as designers, and vice versa. Keep trying and produce great pictures! 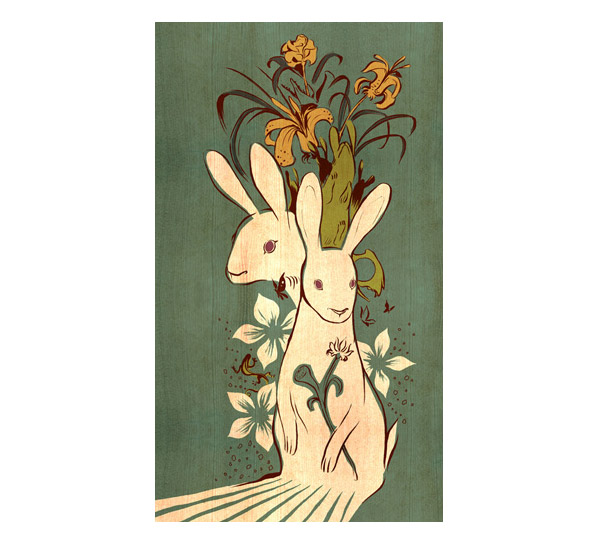 8 thoughts on “Interview With Charlene Chua”