Raised text is about as classic as it gets. Creating your own raised text in Illustrator, you can instantly create a super elegant or modern typeface or logo. Using the Appearance panel, some gradients, and transforms, you can create a polished lifted type treatment. Using the Appearance panel makes it super easy to apply the treatment to other fonts and vector elements.

Below is the final raised text in Illustrator treatment we will be working towards. 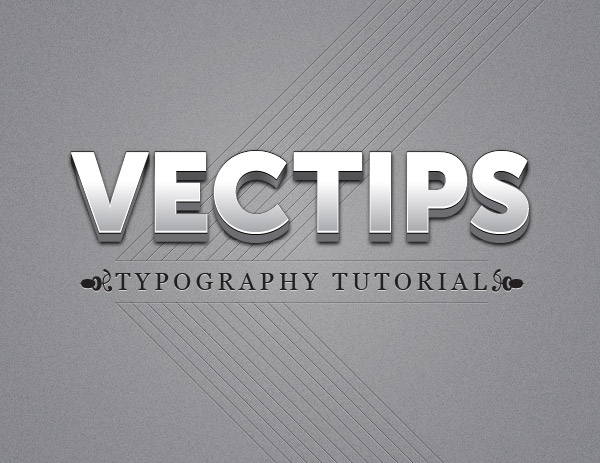 To create this raised text in illustrator, open a new document, use the Rectangle tool (M) to create a rectangle the size of your document and fill it with a gray color. Having a background color from the beginning will make it easier to see the changes we will be making to the text. With the Type tool (T), type out some text. Mine is around 100pt for big header text, but you can adjust the text to fit your needs. Next, remove any fill and stroke from the text, we will be directly adjusting these in the Appearance panel. 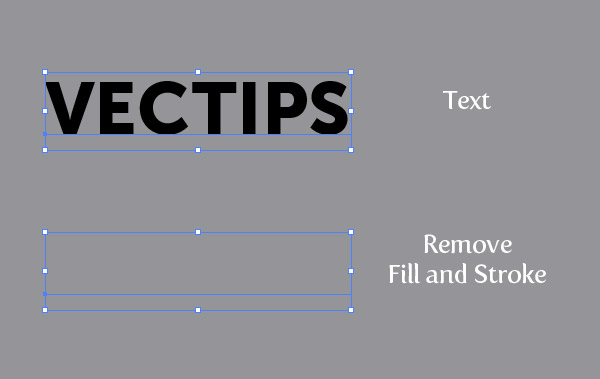 With the raised text in Illustrator selected, choose Add New Fill from the pop-up menu of the Appearance panel. Change the new fill to a linear gradient with the first color stop white and the second a light gray. From the Gradient panel change the Location of the first white color stop to 40 and change the Angle to -90. 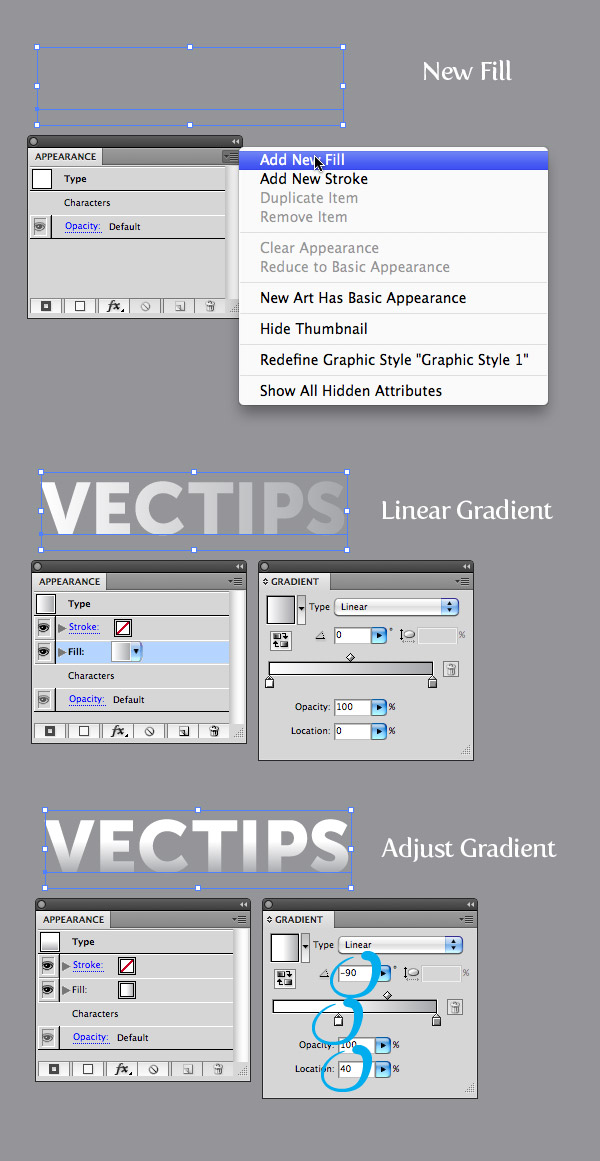 From the Appearance panel, select the white fill, and press the Duplicate Selected Item button at the bottom of the panel. Select the bottom copy and fill it black. Expand the attributes on the fill by pressing the small arrow to the left of the fill thumbnail if it is not expanded already. Still in the Appearance panel, click on Transform to open the Transform Effect dialog and change the Vertical Move to 2 px. 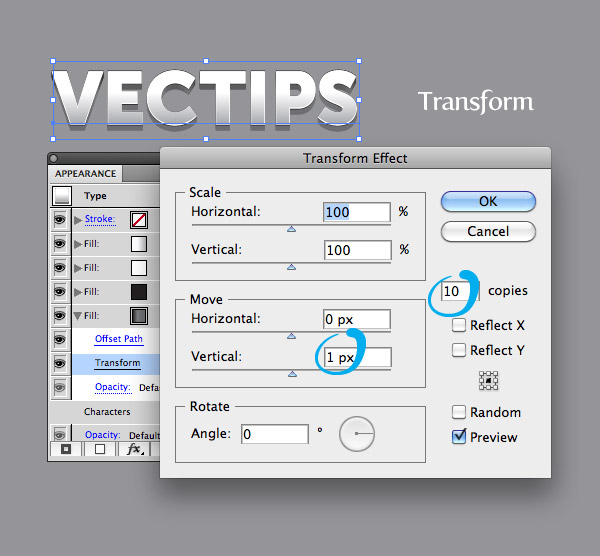 With the four color stop gradient fill still selected in the Appearance panel, go Effect > Stylize > Drop Shadow. In the Drop Shadow dialog, change the Opacity to 100, the X Offset to 0, the Y Offset to 2, and the Blur to 2. That is pretty much it! Creating a raised text in Illustrator is pretty simple! 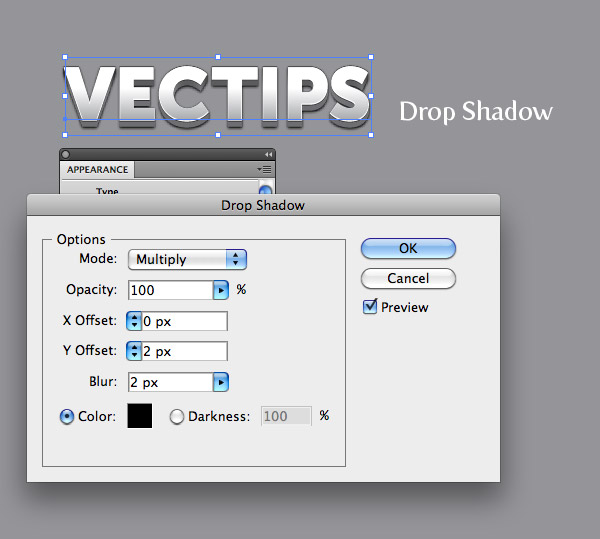 You can save the treatment as a Graphic Style to easily apply to other type and vector objects. Simply select your raised text in Illustrator and press the New Graphic Style button in the Graphic Style panel. Now press the new graphic style with any object to apply the style. Pretty cool! 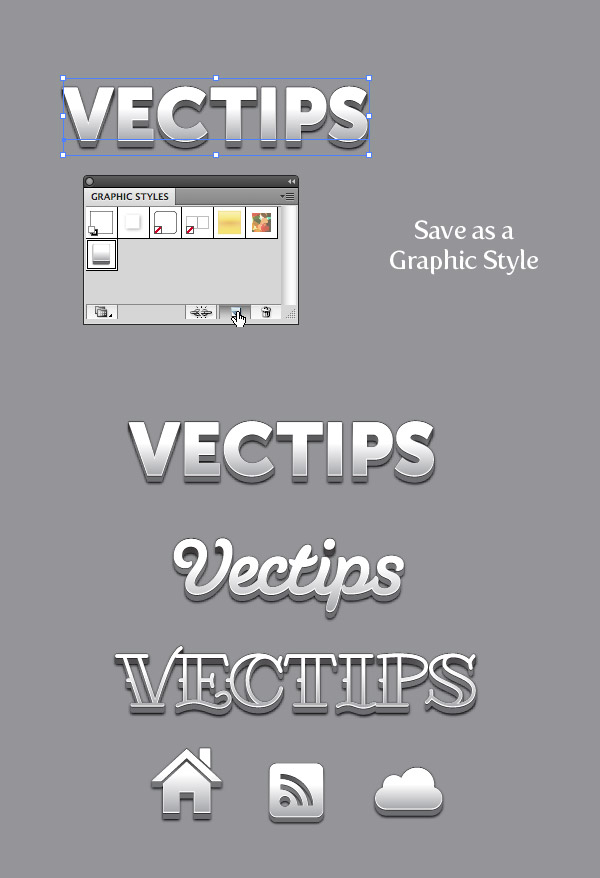 At this point you can make the treatment better by jazzing up the background with some grain textures and simple offsets to other text.

3 thoughts on “Rise Up & Create Your Own Raised Text in Illustrator!”