Be one with the universe and create some fun sacred geometric icon vector designs with simple shape and vector tools! 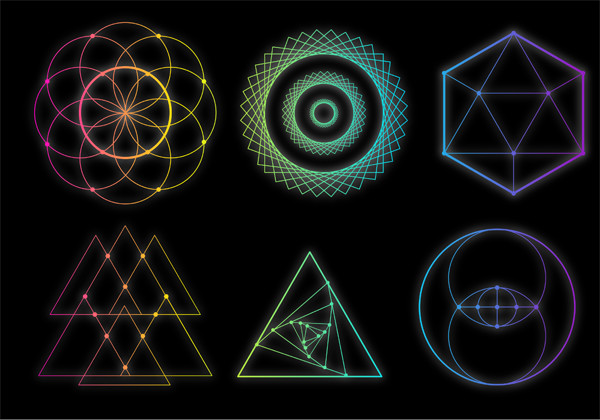 Get inspired by sacred geometry with these fun geometric icon vector designs. Let’s start with some circle-based icon designs!
In a New Document, draw a circle with the Ellipse Tool. Duplicate the circle twice and Align all three to their vertical centers. 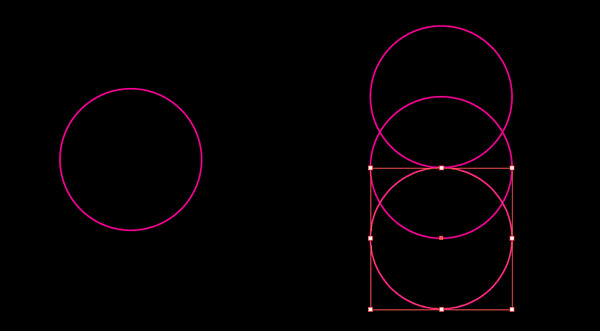 Draw four more circles that are diagonal from the center for a total of nine circles. Draw small circles, these ones filled in, and place them at some of the larger circle’s intersections. 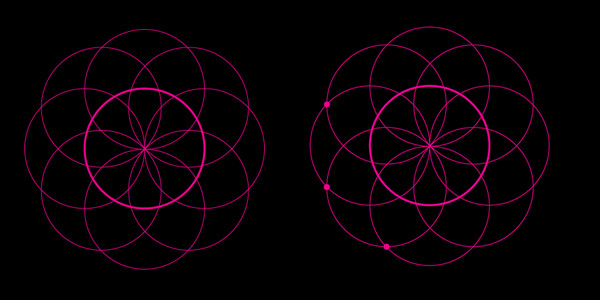 Draw an upside-down triangle in the center of the larger one. Make sure all three figures are Aligned to their centers and their edges touch. Use the Line Segment Tool to draw three lines from the three corners of the hexagon that the triangle isn’t touching to the triangle itself. Then, draw tiny circles again in each of the design’s intersections. Group everything together. 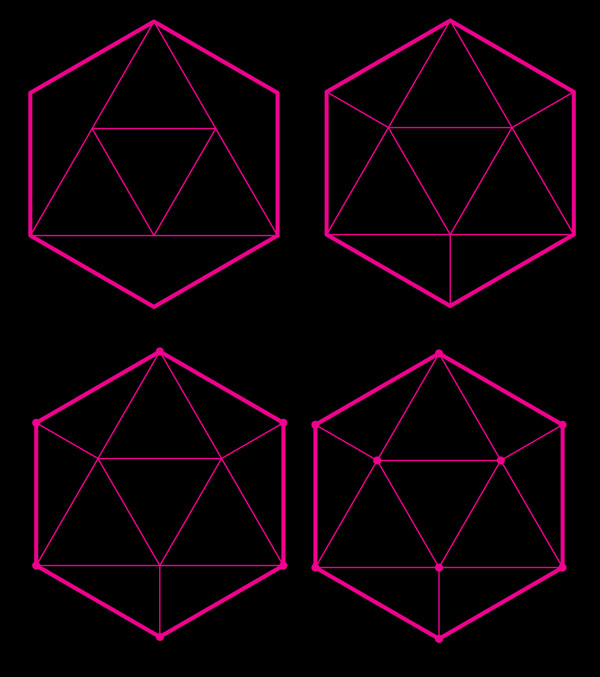 Let’s play with squares! Draw a square with the Rectangle Tool. Select it and use the Rotate Tool to create a copy of the square Rotated at 10°. Repeat this for a total of eight squares. 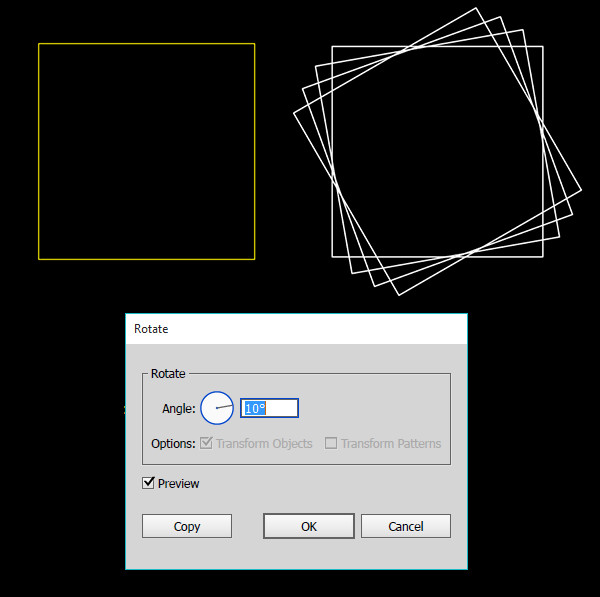 Group your rotated squares together. Copy and Paste the design twice and scale each down by 25-30% or so. Reduce the stroke weight of each section so the designs are easily seen and then Group everything together.

For this icon, we’ll be using triangles again. Draw four triangles, each one smaller than the last, and rotate them inside of each other about 20° or so. You can do this manually to make sure the rotation and scaling are just right to get the look seen below.

Draw a fifth small triangle in the center of the triangle group rotated more than the others. Then, draw tiny circles again and place them at each intersection between the triangles’ edges.

Playing with triangles again, let’s create another fun geometric icon vector. Draw two identical triangles and place them side by side. Overlap their center with a third triangle and scale it up so it’s over twice the size of the other two. Draw a fourth triangle, the same size as the first two, and place it at the bottom of the design. All three smaller triangles should overlap each other in the center of the largest triangle. 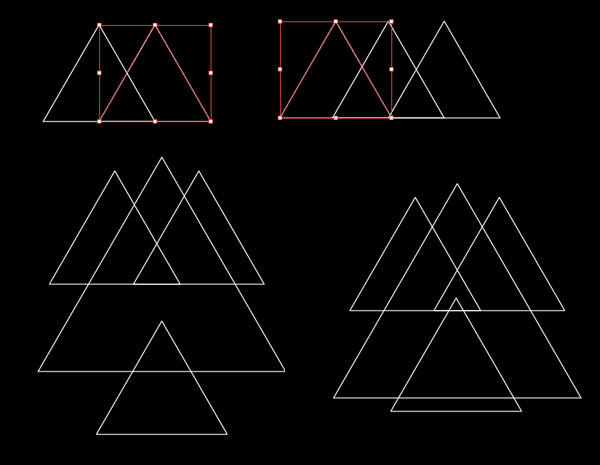 Draw two diagonal line segments in the large triangle. They will create a large diamond shape in the center of the large triangle and finish the main design off. Then, draw eight small circles in some of the intersections between the corners of the triangles. Group everything together.

Our final design is comprised of circles. Draw a large circle and a smaller circle. Align them to their top edges and vertical centers. Draw a third circle and Align it to the bottom edge and the vertical centers of the other two. Draw a small circle and place it in the center of the entire design. 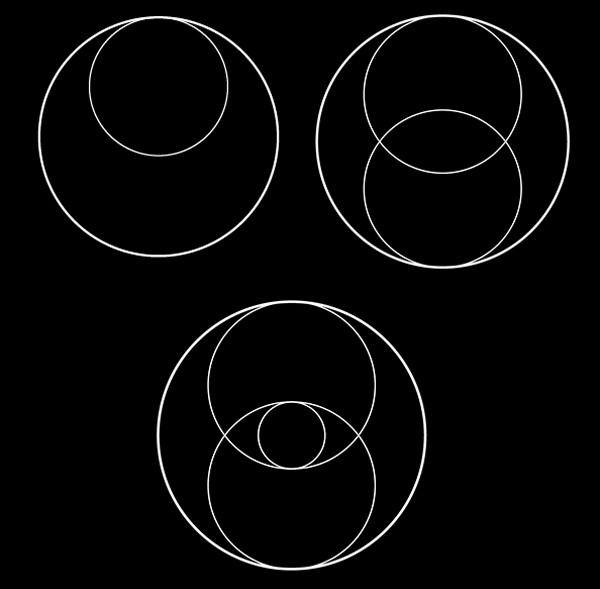 Draw two line segments in the center of the design overlapping the smallest circle. Then, draw seven small circles in the overlapping points of the circles and line segments. Group everything together.

For a final fun touch, Expand all of your strokes into Outlines and apply a rainbow Linear Gradient to each shape. Then, add an Outer Glow (Effects > Stylize > Outer Glow) with the following attributes (or something similar, depending on what you’d like to see): 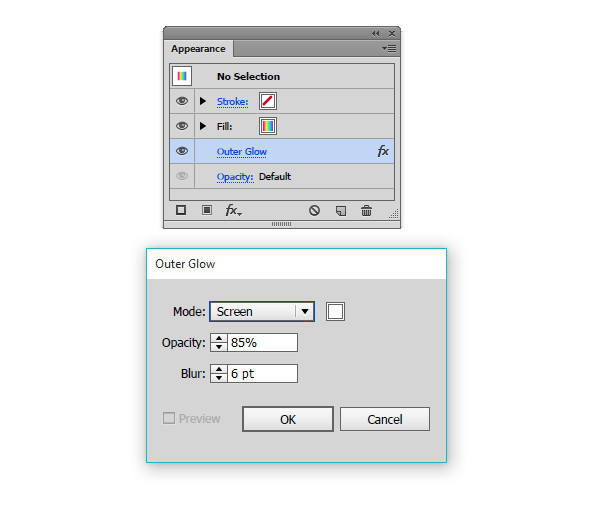 Great job, you’re done! Now that you’ve created this geometric icon vector set, what other sacred geometric-inspired icons can you create? How complex can you get with circles, squares, triangles, hexagons, line segments, and more? Share with us in the comment section below and enjoy connecting with some fabulous shapes found all over in nature!