Fall is here and that means Halloween is right around the corner! Why not celebrate and get your designs mummified by creating a mummy text vector treatment? In this mummy text vector tutorial you will learn how to create this spooky treatment with some gradients and, of course, heavy use of the Appearance panel.

Below is the final mummy text vector treatment we will be working towards. 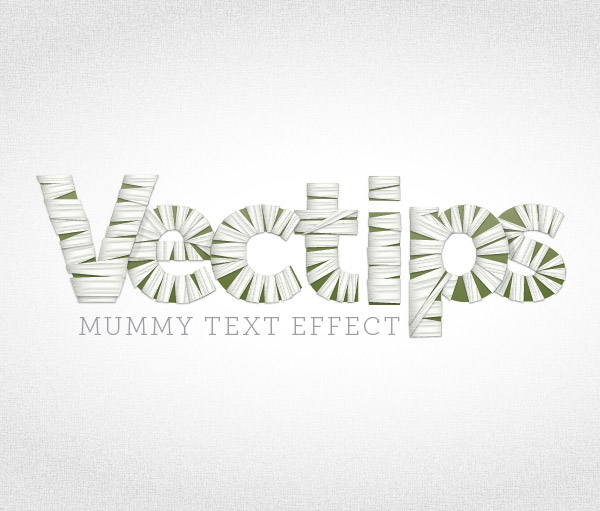 To begin your mummification with this mummy text vector treatment, create a new document and type out some text with the Text tool (T). I used Museo Sans 900 but you can use whatever font you like. I suggest starting with a bold sans-serif font to get the hang of the technique. When you create the wrap effect it might be harder on a script of serif font initially. Now we got the base text, let’s start creating the mummy fabric for this mummy text vector. We are going to take this one letter at a time, so let’s focus on the first letter of your text. WIth the Pen tool (P) create a strip shape that covers a small portion of the letter. Make sure the shape overlaps the letter a little. To give it a little more depth let’s add a drop shadow. We want to add it to the whole shape and not an individual fill, so select the “Path” at the top of the list in the Appearance panel. Once selected go Effects > Stylize > Drop Shadow. In the Drop Shadow dialog, change the Opacity to 40, the X Offset to 0, the Y Offset to 1 px, and the Blur to 1 px. 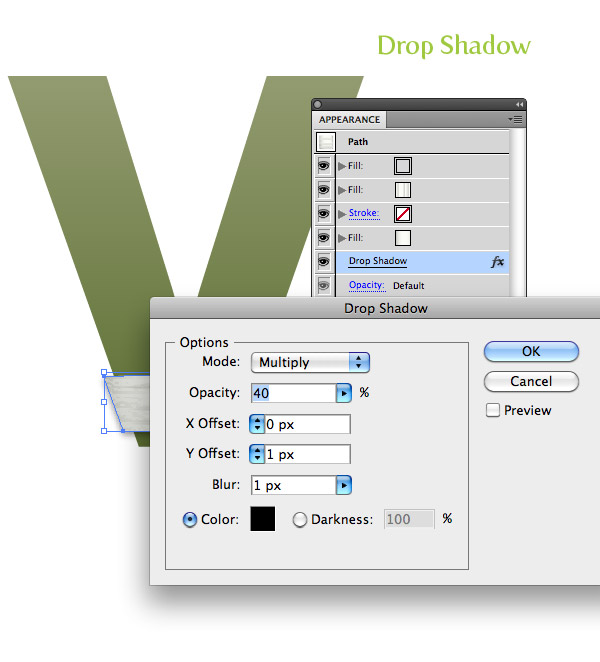 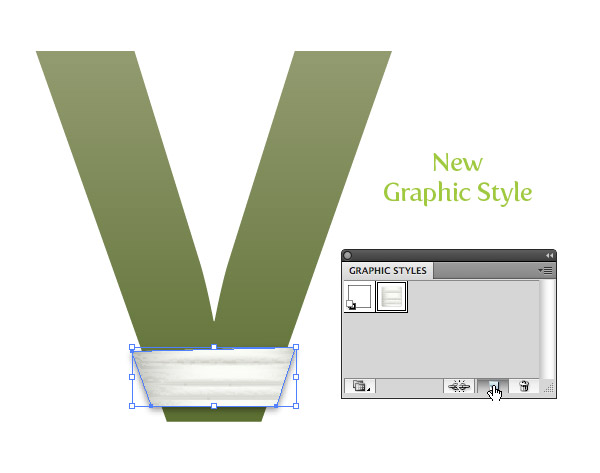 Now create a bunch of other strip shapes with the Pen tool around the first letter. When creating the strip shapes alternate the stacking order so some are on top and some are not. Next, select all the strips and apply your new Graphic Style to them. It’s looking pretty good but we need to adjust some of the gradients of the individual strips to add a slight variance from strip to strip. An easy way to this is to reverse the eight color stop gradient in some of the strips. Moreover, adjust every strips eight color stop gradient with the Gradient tool (G) so the Gradient Tool’s Fill Path (the line connecting the Start Point and End Point of the gradient when the Gradient Tool is active) is parallel with the shorter sides of the strips.

Mummified! After you have finished the first mummy text vector letter, move on to the rest and create the strip shapes, apply the graphic style, and adjust each individual strip. It can get tedious, but the results are worth it. When creating the strips really think about how they actually would wrap around the form of a letter. If you are wrapping a elliptical shape, the strips would be thinner as the reach the axis of the elliptical shape. Also, think about how the strips would wrap around sections of letters like “t”. You might just have to play around until you get something you like (that’s what I did), even still, you probably will get some funky pieces. Another tip is to always adjust the gradient so the gradient Fill Path is parallel to the shortest side of a strip. For example, the eight color stop in the “e” is going a different direction compared to the first strip we created because of how it is positioned.Once the strips are ready, group each individual letter together, making it easy to move and rotate each letter. 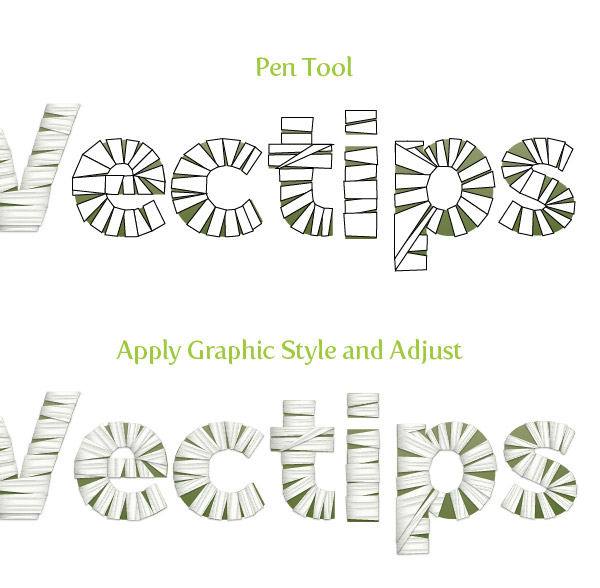 Here is the final mummy text vector image again. I adjusted the text to be a little closer together and created a background following the techniques from the Seamless Textures Tutorial.

Enjoy! Don’t get too spooked this Halloween season.