Mordy Golding, author of the Real World Adobe Illustrator series (I can’t wait for his Real World Illustrator CS4 book), has posted a couple of amazing Illustrator CS4 scripts from Shane Stanley to his blog. Mordy was the Product Manger for Illustrator from 2001 to 2004, so you know these will be quality scripts. Upon using the scripts, the usability of Illustrator CS4’s Multiple Artboard function skyrockets.

Although there are multiple artboards in Illustrator CS4, there is only one ruler. This can get a little cumbersome when precisely placing objects in different artboards.

Thanks to Shane Stanley, the Artboard Coords Script creates a mini Transform panel that displays the coordinates for objects, relative to each artboard. Pretty handy! Another slightly annoying factor of the Multiple Artboards feature is that you can’t import a multiple page PDF to a single Illustrator document with multiple artboards.

Again, Shane Stanley come to the rescue with his PDF Pages to Artboards droplet. Simply drag and drop a PDF on the droplet to convert the PDF to single document with multiple artboards. When the droplet opens, you are given arrangement, spacing, and columns options. 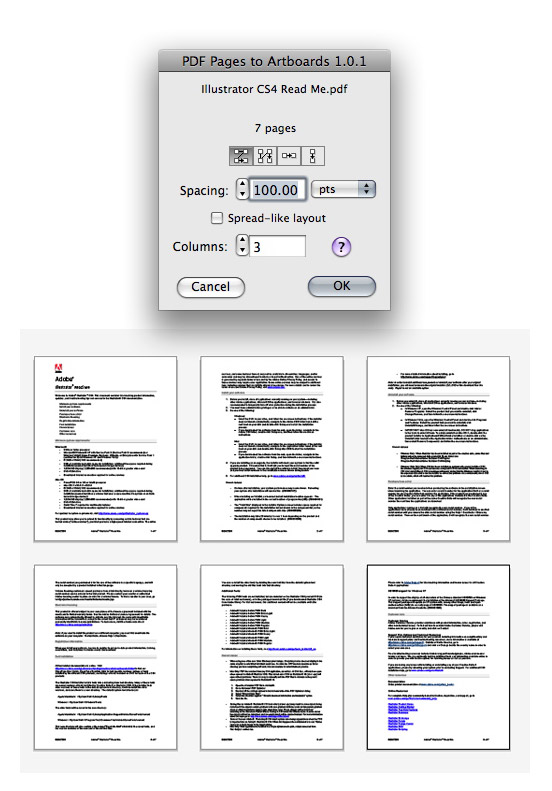